1. First talk about how to choose a satellite antenna:

First of all, please confirm the TV programs you want to watch and the environment where you install the Satellite TV Antenna. If you are in the city, it is also recommended to install a Ku offset antenna. If you are a rural friend, you can install a C forward antenna. The reasons are as follows:

1) Ku bias-fed antenna is a one-time forming antenna, and due to the advantages of Ku-band power and high utilization, it has the characteristics of convenient reception and small occupied area.

2) C forward-fed antennas are mostly combined antennas, which are formed from multiple sides and then assembled into one side. Due to the relatively small power of C-band, it occupies a larger area than Ku antenna. Not conducive to the installation of urban users.

If you consider economic reasons, you can buy a cost-effective 35~45CM Ku biased antenna for receiving satellite signals. Generally, you can receive more than 40 free stations. Most of them are domestic central and local satellite TV stations.

For a first-time fever, it may be considered to receive a few frequently watched TV programs, such as CCTV, Hunan Satellite TV, etc. But in the long run, due to the increased attention to satellite TV, I saw that all the fans are multi-star, one-star multi-device, multi-boil multi-star, multi-star and multi-device, and they will not be able to sit still. Add a tuner to a pot, one or two...In this way, he has become a master of burning stars. If the pot is not big enough, and the tuner is added more, the signal will also drop due to more or less occlusion. Many programs that can be watched before also have poor signal or disappear.

Therefore, it is still the same sentence. If allowed, it is recommended to buy a larger pot to prepare for the possible burning of stars in the future. Otherwise, you may have to spend money to buy a brand new cauldron in the future. 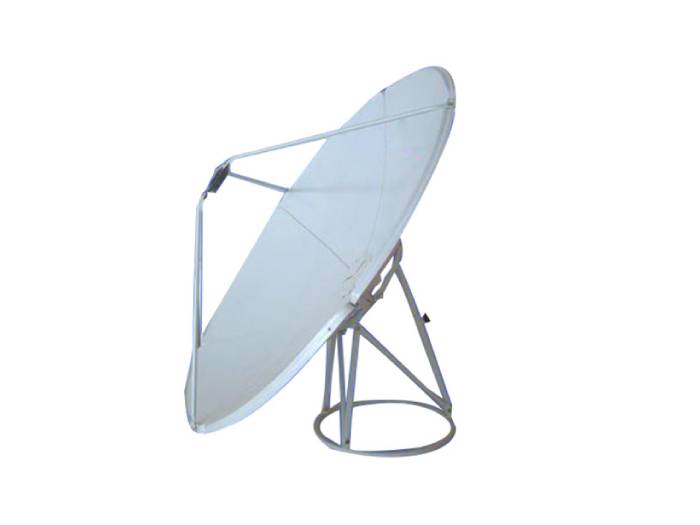 2. How to install satellite antenna:

For friends in the countryside, generally speaking, it is more convenient to install a Satellite Antenna, because the ground is spacious, the space is large, and the installation location is optional, so it is easier. But for urban enthusiasts, it is not easy. Many of them are multi-storey or high-rise buildings, and most of them are installed on the balcony to receive satellite TV signals. The space and orientation options are very limited. The satellite angle that can be received is also limited. Generally speaking, if you sit north to south, the south is open to receive more satellite data.

Comparing Ku pot and C pot, Ku pot has smaller volume and weight than C pot, which is easier to install and easy to fix; while C pot is relatively troublesome. Larger pot C, such as pots above 8 meters, often requires bolts. To fix, especially the polar antenna. Therefore, the fixation of the antenna becomes an annoyance for the cauldron. Some enthusiasts are more attentive, buying cement and bricks themselves, and then installing and fixing them. Some friends did not have the conditions, so they brought large rocks or heavy iron blocks to press the bottom bracket of the pot to fix it. In general, it is for wind protection. This is also correct. If it becomes a high-altitude projectile, it will be bad if it falls and hits people.

Secondly, rain and lightning protection should also be considered. For rain protection, ordinary fans will add beverage bottles to cover or wrap them in pockets. This is also correct. Some fans may think: That will definitely block some of the signals? Answer: It is indeed blocked, but it is very small and can generally be ignored. Don't be too entangled. If water enters and the circuit is burned out, it will cost at least dozens of dollars. The possibility of lightning strikes is relatively high in rural areas, because buildings in cities generally have lightning rods, and there are many green areas in rural areas, which are relatively more likely to strike. Of course, you can buy some lightning arresters online to solve your troubles. But generally speaking, regardless of the effect, how many people buy it? The important thing is to put the pot in a place with relatively little greenery and a spacious place. During thundering, the effective insulation of the feeder is disconnected. Generally speaking, this method may be better.

< Next: How Satellite TV Works