How To Install a Satellite Dish

For friends in the countryside, generally speaking, it is more convenient to install a Satellite Antenna, because the ground is spacious, the space is large, and the installation location is optional, so it is easier. However, it is not easy for urban residents. Many of them are multi-storey or high-rise buildings, and most of them are installed on the balcony to receive satellite TV signals. The space and orientation options are very limited. The satellite angle that can be received is also limited. Generally speaking, if you sit north to south, the south is open to receive more satellite data.

Comparing Ku pot and C pot, Ku pot has smaller volume and weight than C pot, which is easier to install and easy to fix; while C pot is relatively troublesome. Larger pot C, such as pots above 8 meters, often requires bolts. To fix, especially the polar antenna. Therefore, the fixation of the Stable Dish Antenna becomes an annoying task for the cauldron. Some residents are more attentive, buying cement and bricks themselves, and then installing and fixing them. Some friends did not have the conditions, so they brought large rocks or heavy iron blocks to press the bottom bracket of the pot to fix it. In general, it is for wind protection. This is also correct. If it becomes a high-altitude projectile, it will be bad if it falls and hits people. Especially hit yourself. Ha ha. 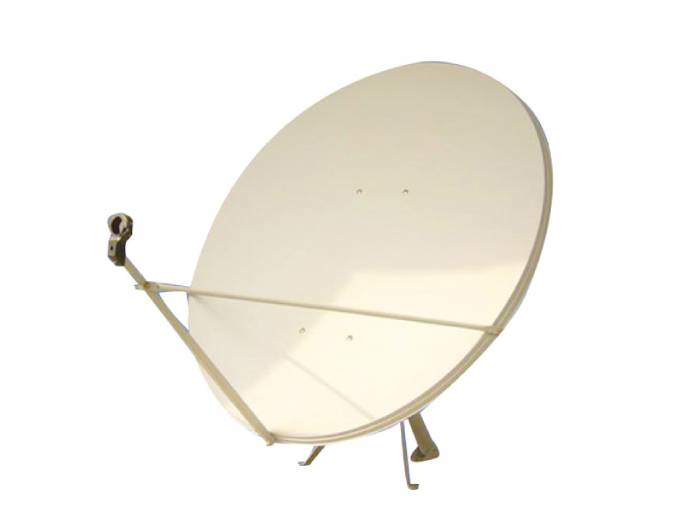 Secondly, rain and lightning protection should also be considered. For rain protection, people usually add beverage bottles to cover or wrap them in pockets. This is also correct. Some friends may think: That will definitely block some of the signals? Answer: It is indeed blocked, but it is very small and can generally be ignored. Don't be too entangled. If water enters and the circuit is burned out, it will cost at least dozens of dollars. The possibility of lightning strikes is relatively high in rural areas, because buildings in cities generally have lightning rods, and there are many green areas in rural areas, which are relatively more likely to strike. Of course, you can buy some lightning arresters online to solve your troubles. But generally speaking, regardless of the effect, how many people buy it? The important thing is to put the pot in a place with relatively little greenery and a spacious place. During thundering, the effective insulation of the feeder is disconnected. Generally speaking, this method may be better.

Of course, for Ku antennas, especially fans of the balcony family in the city, you can choose to flip it for reception. This is also a good choice because it is relatively easy to install and receive, but if you are a novice, it is recommended to install and receive first. If you have any questions, please contact the Television Satellite Manufacturer

< Previous: What is VSAT?

< Next: How Does Satellite TV Work?