There are basically six types of Satellite Antennas, and they have their own advantages and disadvantages. 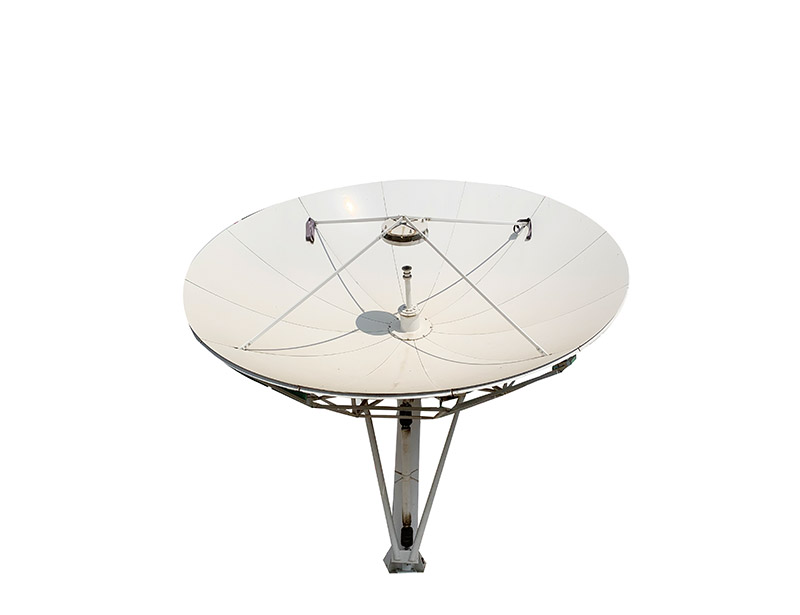 The central-focusing satellite antenna is generally called the positive focus antenna, also known as the parabola antenna, regardless of depth, the radian of the antenna disk is a parabola. The disk surface is perfectly round, and LNB is placed at the central focus of the antenna. For an antenna of the same size, the shorter the focus is, the deeper the dish surface will be, while the longer the focus will be, the shallower the dish surface will be.

FRP antennas are made of glass fibres lined with tin foil to reflect satellite signals. Because of the large size of the antenna, the fabrication process is usually done by hand on a mold.

Because the antenna is formed in one body, absolute roundness and parabolic precision can be guaranteed. Because it is an integral shape, so there is a certain degree of difficulty in transportation and high-rise operations. FRP antennas can be used to receive satellite signals in the C bands and Ku bands. They are commonly used in the manufacturing of cable television systems, TVRO and satellite communications systems.

Because of the durability of FRP antennas, about 90% of domestic cable TV systems have used this type of antennas since the early days. 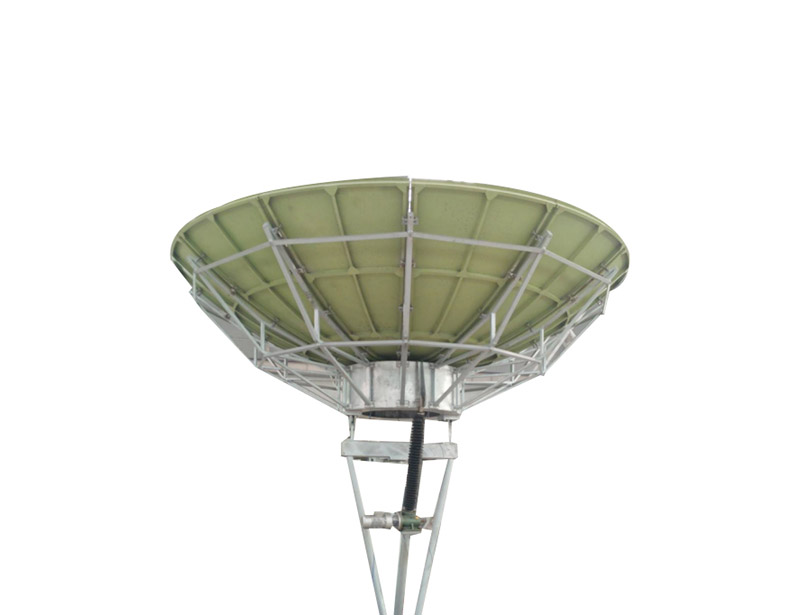 This type of antenna is limited by the accuracy of the curvature of the antenna, so it is usually used in the low frequency C-band satellite receiving, and the use of the antenna is mainly based on the cable TV system, TVRO and personal receiving.

SNC satellite antenna is made of glass fiber as raw material, and is formed by heating the mold. Inside, there is a layer of stainless steel wire mesh, which is used to reflect satellite signals.

SNC antenna can be used to receive signals from C and Ku satellites. However, when receiving Ku frequency, special attention should be paid to whether there is a difference between the height and the height of the dishes when each antenna is combined, and whether the dishes are smooth or not, because a slight difference will lead to the overall efficiency of the antenna.

The antenna is a drive system composed of a set of 36V DC stepper motor and a chain, and the system is controlled by a positioner. The locator can output the 36V required by the antenna, and can remember the current and future satellite addresses. When the antenna wants to move to another satellite, just input the code of this satellite, and the antenna will automatically move to this satellite.

To be successful, the person who built the system needed considerable experience as a receiver.

Iron dish antenna is one of the highest utilization rate in personal reception, it can be divided into partial focus integrated forming, central focus integrated forming and central focus multi-piece combination. The integrated antenna is cheap and easy to install and the signal gain is stable. The only disadvantage is that it is inconvenient to carry more than 100cm. The size of iron plate multi-piece combination antenna varies from 160cm to 240cm, which is generally suitable for C-band satellite reception.

Iron dish antenna is the use of galvanized steel plate and die stamping molding, mass production, so the price is relatively cheap. 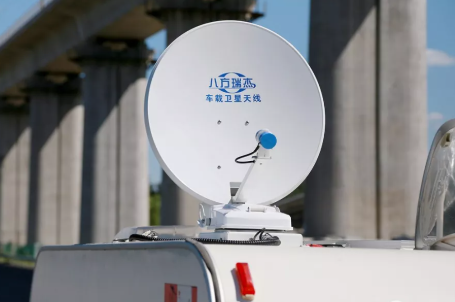 Beijing Bafang Ruijie is a professional company specializing in the research and development, production, sales and technical services of satellite antennas.Antennas include all series of satellite receiving antenna, satellite communication antenna, customized antenna, etc. Contact us now for more information and preferential.

< Next: How to Install RV Satellite Dish ?