1) Try to avoid debugging in rainy or snowy days when searching for stars. Bad weather will cause great signal loss. In addition, you should also know whether there is interference from sunspots and whether the clouds are too thick during debugging. Even if it is debugged in fine weather, if the weather where the signal source is transmitted is bad, the signal strength will be affected, and sometimes the debugged transponder will stop broadcasting or the satellite TV program parameters have been changed.

(2) During the debugging, a group of transponders with the strongest signal in the TV Satellite Antenna should be selected, and after receiving the signal, carefully adjust to the best point so that the weak signal can be watched satisfactorily. 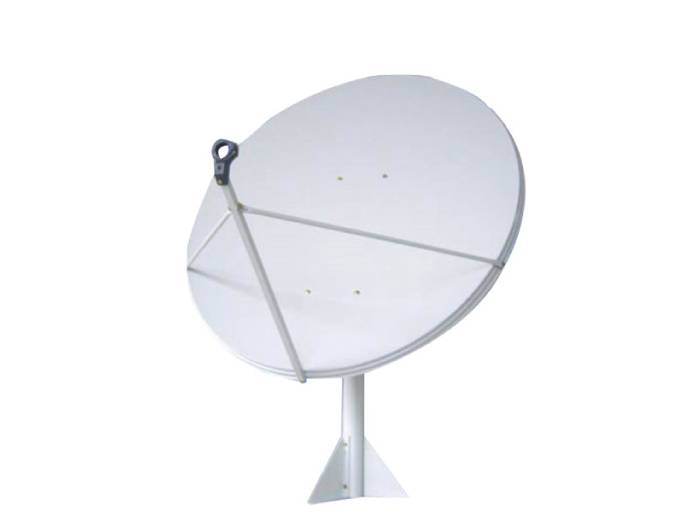 (3) Do a good job of protecting satellite antennas.

First, pay attention to wind, fix the base of the ground receiving antenna, and fasten the screws to prevent it from being blown over by the wind

Third, pay attention to rust prevention. As there are more and more satellites in the sky, the ground receiving antenna will be adjusted frequently, so grease should be applied to the adjustment screws such as azimuth and elevation to facilitate the next operation.

Fourth, pay attention to rain and snow. The tuner and cable joints should be wrapped with waterproof tape to prevent rainwater from entering the Television Satellite receiver along the cable. If the components are damaged, snow should be removed in time when there is heavy snow in winter to ensure the viewing effect. Fifth, pay attention to preventing moths. The old-fashioned feeder nozzle is not covered, and it is easy to live in insects such as bees and spiders. It should be checked regularly.

< Next: The Development Direction of Full Mesh Technology